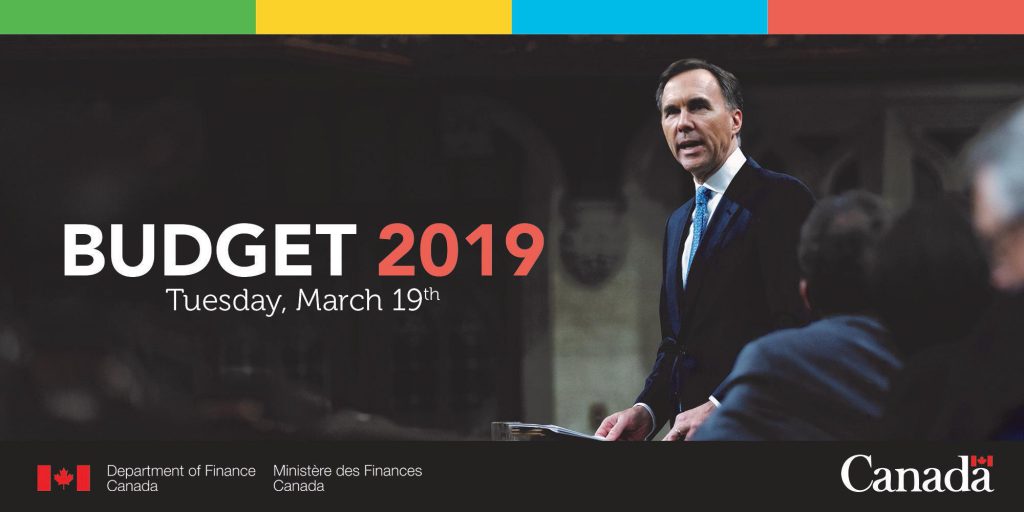 By Brian Jackson and Buckley Smith

Insiders of Canada’s technology community reviewed the budget as taking steps in the right direction to help firms scale up operations, but were critical that the Liberal government didn’t go far enough in determining a clear data strategy.

In a budget that announced a total of $22.8 billion in spending over the next five years and will create a projected $19.8 billion deficit in 2020, Finance Minister Bill Morneau addressed some areas that Canada’s technology sector was asking for relief.

Some members of that community gave measured praise while pointing out where there were still gaps.

“There are some items that Canadian innovators will be happy to see,” said Ben Bergen, executive director of the Council of Canadian Innovators. “But it’s disappointing to see no national data strategy.”

Despite some of the improvements that were made, there were some who saw it as simply an extension of what had been already addressed in previous budgets, with nothing new being brought to the table.

“I think the agenda that’s been set was set in previous budgets.  There are micro-changes being made and improvements being made along the way,” said Russ Roberts, senior vice-president of advocacy, tax, and finance for the Canadian Advanced Technology Alliance. “Frankly, I don’t think it addresses the big questions that the community has been asking about that agenda.”

Some of the big questions that were left unanswered are the exact issues that Andre Leduc, vice-president of government relations and policy for the Information Technology Association of Canada (ITAC), says will hold back the industry as a whole.

“There wasn’t a lot in the budget to help support an industry that is growing at a fairly significant pace around supporting the growth of new technology. So artificial intelligence, quantum computing, 5G,” said Leduc. “Where’s the 5G plan and the rollout? Where’s the data strategy? Those mechanisms that are kind of fundamental to our sector to help our sector grow were largely absent from the budget.”

Others saw the opportunities it created for their customers.

“This is a good budget for entrepreneurs,” said Paul Parisi, president of PayPal Canada. “If people are getting more funding and opportunity and access to resources, it allows us to provide our services to the underserved.”

After piloting a Global Talent Stream project that reduced the waiting time for visas certain foreign high-skilled talent to 10 business days, the government committed to making the program permanent. An investment of $35.2 million over five years, starting this year, with an additional $7.4 million in ongoing funding.

“This will allow innovators to bring in highly-skilled workers,” Bergen says. “It will help fill the 216,000 positions that need to be filled by 2021.”

Bergen is referring to a report published in April 2017 by the Information and Communications Technology Council forecasting that Canada will need to fill that many technology-related positions two years from now.

To achieve this goal, there must be a concerted effort to diversify the talent pool by bringing in not only foreign talent but also our indigenous communities, says Leduc of ITAC.

To underscore the importance of filling this talent gap, Leduc referenced statistics from CBRE that showed that Toronto added more technology-related jobs than any other city in North America in 2018.

And he says he was quite pleased with how the budget addressed this.

“We need to have the programs in place to access talent in Canada. To access talent in our indigenous communities. To have diverse access to Canadian talent or access to diversity and balance and to be able to continue to access foreign talent and attract top talent from around the world into the Canadian industry,” said Leduc. “I think there is a lot of headway in this budget for our industry in terms of talent generation in Canada, talent generation in our indigenous communities, and focus on permanent programming around attracting global talent and global students.”

The demographic that has seen the steepest decline in entrepreneurship is the 25 to 34-year-old age group says Martha Oner, the national research and development & government incentives leader at Grant Thornton LLP.

“They are just not interested in becoming entrepreneurs the way they have in the past,” she says. “This could help create 1,000 new entrepreneurs in a year.”

Bergen was critical of the lack of attention given to the national data strategy. The Liberals have completed a consultation period on formulating a strategy, but not provided direction yet.

There was $22 million new funding over five years for the Office of the Privacy Commissioner. That’s intended to enhance the office’s capacity and ability to engage with individuals and businesses, which could be a part of a larger data strategy.

The Liberals are also addressing some of the longtime tax grievances of the technology community, eliminating the income threshold for accessing the SR&ED enhanced credit. This means small to mid-size Canadian firms will be able to enjoy tax breaks of 35 per cent on expenditures.

“Companies can spend as much money as they want in research and development and access that 35 per cent rate regardless of how much they are making,” says Oner from Grant Thornton an accounting and business advisory practice that helps firms navigate tax laws.

More could have been done to help compines with the burden of meeting SR&ED compliance requirements, she says. More room to claim tax incentives is good, but if the burden of making those claims is too high, the opportunity is lost.

For all our #SRED clients, #Budget2019 is a great step forward, but a baby step! Elimination of the taxable income threshold enhances access for our #research and #development intensive clients to receive credits at the fully refundable 35% rate #cdnpoli https://t.co/tcNfp6EHMG

Previously, Oner explains that if a firm made more than $800,000 in taxable income, they were not eligible for the 35 per cent rate, instead of receiving a 15 per cent rate. That’s the same amount that foreign-owned companies operating in Canada receive on R&D investments.

While the government is eliminating the taxable income threshold, the taxable capital threshold for SR&ED is still in place, she points out. Once firms have more than $50 million in capital, they can no longer claim the 35 per cent special rate.

“It’s definitely going to have an impact,” Oner says. “R&D intensive companies will see the most benefit, so industries like pharmaceuticals and software development.”

Despite the freedom this will allow businesses in regards to research and development, Russ Roberts of CATA still believes it falls short of accomplishing its goal.

“The community is putting a lot of money into research, which is great, but what are we going to do to commercialize it?”

High-speed Internet for every Canadian

The biggest single area of expenditure impacting the technology sector is $1.7 billion over 13 years to establish a Universal Broadband Fund, with the main goal to build broadband infrastructure to Canadians in rural and remote regions.

Part of the infrastructure will be a Low Earth Orbit Satellite that will help beam high-speed Internet to the furthest corners of Canada’s expanse. That’s access that’s necessary for more Canadians to take part in the digital economy.

“High-speed Internet is what creates the opportunity for ecommerce and [for entrepreneurs] to sell in the communities that they live in,” PayPal’s Parisi says. “This will create more opportunities, particularly in the indigenous community.”

Beyond the opportunities presented to communities who may have been left out in the cold when it comes to access to broadband, there is also opportunity for industries that would have faced barriers in entering the digital economy, says Leduc of ITAC.

The Canadian Internet Registration Authority released a statement, quoting CEO Byron Holland applauding the commitment to make broadband accessible to all Canadians. He pointed to the Candian Radio-television Communications Commission’s service target of 50 Mbps download and 10 Mbps upload as a worthy standard.

“There remain significant gaps in Canada’s internet infrastructure, and as jobs and services continue to shift to the digital economy, it is essential that Canadians have high-quality access to the internet no matter where they live,” he said.

As business becomes modernized by the year, some in the tech industry see a need for the government to follow suit, and that is an area that Canada has faltered in recent years.

According to research from the United Nations, Canada has fallen to 23rd in the world in terms of digital government; a long fall from its standing as first overall in 1999 and third overall in 2010.

“We believe that the federal government and public sector writ large across Canada – whether it’s cities, provinces or the federal government – are years behind where the industry is in terms of the adoption of new technologies and the ability to provide digital services to consumers,” said Leduc of ITAC. “Our government needs to make some significant investments in new technologies for digital government to be able to have the right tools, software, infrastructure, network, and platforms available to build these digital services and solutions to Canadians. And it’s very slow going in that space.”

Would you recommend this article?

Thanks for taking the time to let us know what you think of this article!
We’d love to hear your opinion about this or any other story you read in our publication. Click this link to send me a note →