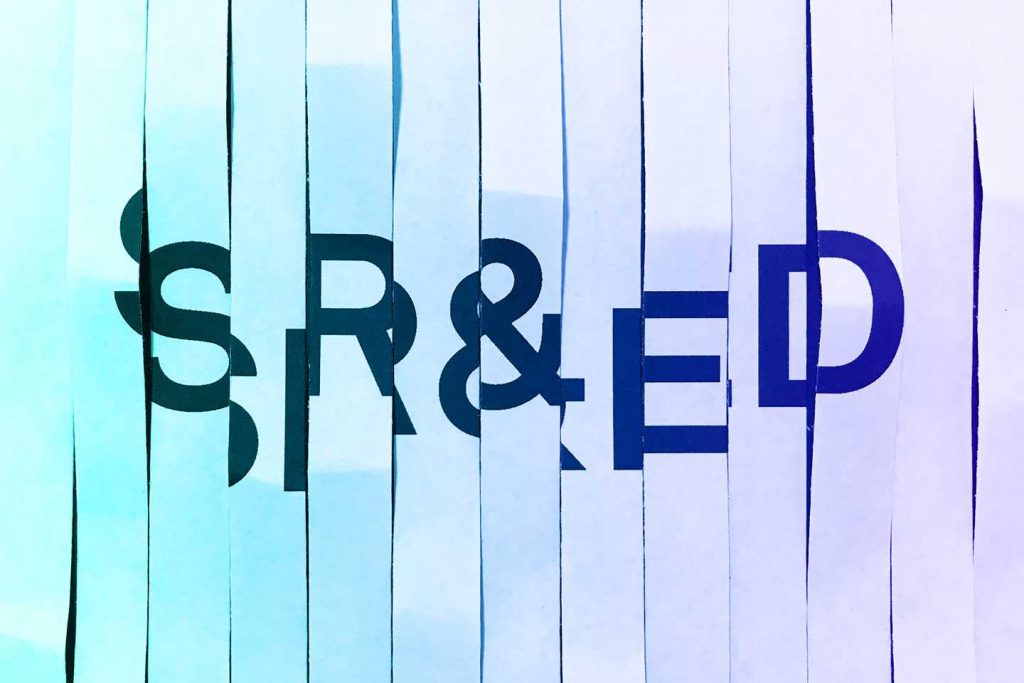 There comes a time in the life of any Canadian entrepreneur when they have to decide whether to “shred” or not to “shred.”

Founders credit “shred,” as it’s colloquially known, with getting their companies through the tough early years, when money is scarce. “That check at the end of the year can be a make-or-break-it,” says Joseph Fung, CEO of Waterloo-based scale-up Kiite, who says, starting out, SR&ED was a “windfall” for his company.

But entrepreneurs—including those who have received credits—and experts have long expressed concerns that the program disproportionately benefits large corporations and foreign subsidiaries, while at the same time keeping companies alive that ought to fail.

Their claims about the distribution of the credits are borne out by an analysis of data from the Canada Revenue Agency (CRA) conducted by The Logic, which shows that the lion’s share of the value of SR&ED goes to large firms, including domestic subsidiaries of foreign firms, even though many more small companies receive them.

CRA data shows that, even though many more small companies claim scientific research and experimental development (SR&ED) tax credits, the lion’s share of credits go to large firms. The agency does not keep track of which SR&ED recipients are foreign-owned. However, estimates from data on the top R&D spenders in Canada suggests that, in 2016, roughly $230 million in SR&ED credits went to foreign firms with subsidiaries in Canada.

Since launching in 1986, close to $80 billion in credits have been claimed through the program, originally created as a tool to help Canada become more competitive with an emphasis on supporting firms at the startup phase.

In a 2016 government report obtained by The Logic that has not been made public until now, entrepreneurs and business leaders from across the country shared their concerns about the the program.

“Shred” was onerous to apply for, some interviewees said. They claimed its objectives were poorly defined, leaving it ripe for exploitation—companies could pad their research departments, for example, knowing they would get tax rebates for much of the cost, while neglecting their firms’ sales and marketing, key components needed for scaling.

SR&ED “is a survival line for companies that should have failed,” reads the report, elsewhere calling it “corporate welfare.” A common criticism of SR&ED is that it benefits corporations that can afford to pay for R&D themselves, at the expense of small, truly experimental firms that need the extra cash. “We have larger enterprises sucking up a ton of resources that could go to fuel other incentive programs,” notes Fung.

The Logic reached out to 40 companies, including the top R&D spenders in Canada, as well as telecommunication companies, banks and foreign tech subsidiaries, and asked whether they claim SR&ED credits. Few companies responded to the request, and several declined to comment. IBM said, “We provide our feedback directly back to government on this program,” and Shopify directed The Logic to a report from the Digital Industries Economic Strategy Table, adding that “Shopify supports the recommendations found on page six,” where the report emphasizes using credits to incentivize commercialization and simplifying SR&ED eligibility for hyper-growth companies. Bell Media and Google were the only companies to confirm that they do claim SR&ED.

David Douglas, a partner at advisory firm BDO Canada whose work predominantly involves filing SR&ED claims on behalf of companies, says the CRA numbers roughly reflect what he sees in his practice. The majority of his clients are small, private firms, but he says, “We do have some very large public companies—in fact, some of the largest in the world—doing SR&ED.” Douglas, who sits on the CPA Canada SR&ED Advisory Committee, says those companies tend to claim much larger amounts because of their more substantial R&D budgets.

Send to a friend

You have shared 5 articles this month and reached the maximum amount of shares available.

If you would like to purchase a sharing license please contact The Logic support at [email protected].

Share the full article with your friends. Recipients will be able to read the full text of the article after submitting their email address. They will not have access to other articles or subscriber benefits.

You have shared 0 article(s) this month and have 5 remaining.

Another concern is that foreign subsidiaries can easily access the program.

The CRA told The Logic it does not keep track of which SR&ED recipients are foreign-owned. For privacy reasons, it does not make public which companies apply for or receive the credit.

However, using the most recent data from the Research Infosource ranking of companies based on R&D spending, The Logic estimates that roughly 23 per cent of the $1 billion in credits distributed in 2016—nearly a quarter-billion dollars—went to foreign firms with subsidiaries in Canada.

“The foreign entity is doing its R&D in Canada, getting SR&ED credits, and the profit from that is earned in a foreign country,” says Charles Plant, a senior fellow at the University of Toronto Impact Centre, whose research on Canada’s patent challenges shows that virtually all patents generated from foreign subsidiaries’ R&D in Canada benefits the economy of another country when commercialized. “If that’s one of the objectives of the program—that we become a branch plant R&D creator—then that’s great,” he says. “But I don’t think that should be economically an objective.”

Beyond concerns of foreign companies’ access to SR&ED, one of the program’s grave faults, critics say, is its propensity to keep companies alive that would otherwise fail, by allowing them to continue to pay engineers, despite not having enough revenue to make the business viable.

“I think we do have a lot of zombie companies that are enabled by it,” says Fung. His concern is twofold: “When a zombie company keeps itself alive, barely, it holds onto talent that might otherwise contribute to the ecosystem,” he says. Meanwhile, these firms tie up investment dollars. “If you have a small startup, it’s more likely to still be funded by angel investors who can’t write off their investment until the company dies,” Fung notes. “Once the company actually shutters, they get that partial return on their tax credit and then can go invest again. So accelerating that natural cycle of birth and death for startups will incentivize a more mobile talent pool.”

Perhaps most problematic, though, is that SR&ED is tying up tax credits in a stage of the innovation pipeline that least needs it. As companies spend more on R&D, the proportion of what they can claim through SR&ED declines, meaning they have to cover more R&D costs themselves. “There’s a real gap in the middle there, at the scale-up phase,” says Douglas. “Our major problem is not with the discovery R&D—particularly in the last few years where we’ve gone from middling to a very strong presence in that ecosystem for startups. But when it comes to scaling that, we’re dead last in the OECD.”

The most recent ranking shows that 15 of the top 50 spenders in 2016 were foreign subsidiaries. Their R&D spending represented 23 per cent of total funds spent on R&D among the top 50 firms. Assuming the top R&D spenders are represented in CRA’s list of large companies claiming SR&ED (they would be eligible for the program and “all of them would be likely to claim credits,” says Plant), we can estimate that roughly 23 per cent of the $1 billion in credits distributed to large firms in 2016—nearly a quarter-billion dollars—went to foreign firms with subsidiaries in Canada.

The SR&ED program has been modified a number of times since its inception, often with small, administrative tweaks. In 2011, however, the program came under intense scrutiny, in part over companies hiring third-party tax preparers that filed their claims and collected upwards of 30 per cent of the resulting credit.

In response, the Harper government launched a consultation on the use of contingency fees for the program, and appointed an expert panel—dubbed the “Jenkins panel” for its chair, OpenText CEO Tom Jenkins—to take stock of SR&ED’s value to Canada’s innovation economy.

Since then, the Department of Finance—which oversees policy around SR&ED—has introduced several changes to the program in an effort to quell the public outcry. The government has reduced the general credit rate for large claims from 20 per cent to 15 per cent; businesses hiring third-parties to do R&D can now only claim 80 per cent of that work, down from 100 per cent; and, companies can no longer claim capital expenses, like equipment used for R&D.

At the same time, the CRA has introduced tighter administrative practices to stymie unintended uses of the program. In 2015, nearly 60 per cent of all SR&ED claims were flagged for review. Of those, 27 per cent were subject to a site visit from the CRA for further review, and 60 per cent of the companies checked saw their SR&ED claims reduced. Those numbers were unheard of 10, or even five, years ago, says Plant, who, on top of studying the program, filed SR&ED claims on behalf of the dozen-odd companies he has started or worked for since the 1980s. “Back then, if I made a mistake [filing a claim], the people at Revenue Canada would call me up and help me,” he says.

Stricter oversight is a double-edged sword, says Douglas. On the one hand, it weeds out predatory tax filers and companies taking advantage of the program—problems he says were rampant before the recent changes.

On the other hand, he notes, the stricter administrative environment adds barriers for bootstrapped companies who have long relied on the program as an accessible and reliable cash injection at the end of the year. He now sees more scale-ups forgoing SR&ED, too—as their returns diminish with growth, the likelihood of having their claims rejected isn’t worth the trouble of applying.

Trying to solve Canada’s innovation challenges through the income tax act alone is misguided, Douglas says. One alternative to addressing the scale-up gap or “valley of death,” as it’s sometimes called, is to move towards more direct funding programs—a model recommended by the 2011 Jenkins panel, and which is becoming more popular among other OECD countries.

More than 30 years after introducing SR&ED, the federal government is still grappling with many of the same challenges around improving Canada’s productivity and competitive edge. In Budget 2017, following the government’s analysis the previous year of the dilemma, Finance Minister Bill Morneau announced a review of all business innovation programs. Notably, SR&ED would get its own review “to ensure its continued effectiveness and efficiency.”

Anna Arneson, a spokesperson for the department, told The Logic, “The Department of Finance has been listening to stakeholders and conducting an internal review of the SR&ED tax incentive program,” adding that notice of the review in 2017 “resulted in a relatively high number of interactions with taxpayers about the SR&ED program…. The considerations raised during these interactions are all taken into account in the Department’s ongoing evaluation of the program.”

Arneson did not say when the review would be complete and did not provide further details on its objectives.

By now, many stakeholders are tired of reviews that yield minor amendments to programs designed for past economies that looked vastly different from today’s. “I think you have to look at all the various government programs [for innovation] and restart,” says Plant. “Go back to a clean slate and say, ‘what do we want to achieve, how do we know we’ve achieved it, and what are the levers we want to use to achieve those things?’”

In Budget 2018, the government unveiled a plan to consolidate its suite of business innovation programs, cutting the number by up to two-thirds. The Department of Finance did not say how SR&ED might fit in to the government’s new model for for supporting innovation.