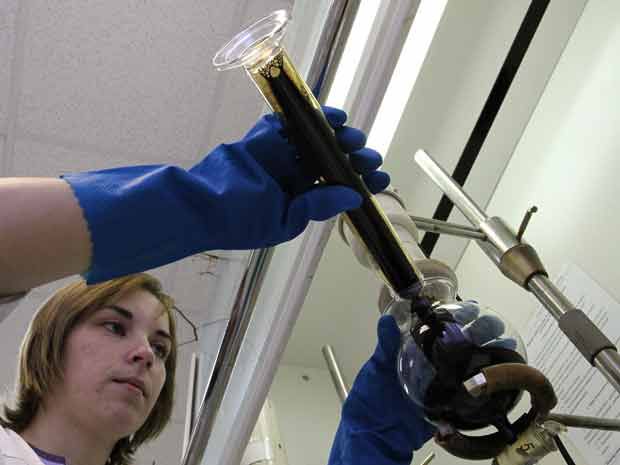 The changes announced to Canada’s Scientific Research & Experimental Development (SR&ED) program in the March federal budget prove our government isn’t taking any chances when it comes to betting on the right horse.

But the real issue facing Canada’s oil and gas service companies is the fact that many are eligible for the program but don’t apply. It’s one of the biggest missed opportunities the Canadian oil and gas industry faces today. And, overall, it’s part of a broader problem. Despite having one of the richest incentive programs in the world, Canadian companies are still playing catch-up to their world counterparts when it comes to improving innovation and increasing productivity. In fact, Canada spends 50% less on research and development (R&D) than the U.S. and 45% less than G7 countries.
Canada’s SR&ED program was originally established in 1984 to reward companies who developed and improved products or internal processes. Today the program provides approximately $3-billion in refundable and non-refundable tax credits annually. Provincial programs across the country also support SR&ED initiatives.

As part of the government’s continued commitment to supporting jobs and growth through innovation, this year’s budget includes a Western Innovation Program that will provide the financial support innovative small and medium-sized enterprises in the West need to stay competitive in a hot market.

On the downside, the basic tax credit for eligible expenditures is scheduled to decrease from 20% to 15% come 2014. This decrease will have the greatest impact on public companies and large private businesses that have only been eligible for non-refundable credits. The other major changes announced include a 5% year-over-year decrease in the overhead component of the program, as well as a 20% decrease to subcontractor costs and the elimination of capital expenditure funding by 2014.

Moving forward, companies will have to manage a $1.3-billion decrease in the SR&ED program over the next four years. That being said, companies serving Canada’s oil and gas sector typically perform their testing in the field or on the shop floor and won’t feel nearly the same force of these changes as those in Canada’s life sciences sector that depend heavily on the funding of capital equipment to complete their R&D work.

On the upside, these decreases will be supplemented by a $1.6-billion investment over five years in early-stage venture capital and funds for commercialization. This means new startups and early-stage growth companies, particularly those manufacturing and fabrication companies that provide the much-needed services and tools to Canada’s oil and gas industry, will have more access to capital funds from savings in the SR&ED program to reach the next level and compete on the world stage.

Canada’s oil and gas service companies can make the most of new and existing SR&ED initiatives by:

In today’s fast-paced, competitive market, Canadian companies can’t afford to miss out on the valuable opportunities for development tax credits available to them — no matter how time consuming or complicated the application process. This is especially true for small to medium-sized enterprises and early-stage ventures contributing to the development of new products and services in Canada’s thriving oil and gas sector.

The government is even going as far as to establish a pre-approval process to improve the consistency of the SR&ED claims process to encourage companies to apply. The benefits are clear: those that embed innovation into the very core of their business will be the strongest horses at the gate come 2014.

Robert Vander Wees is a Senior Manager in Ernst & Young’s SR&ED Tax Services group. He is based in Calgary.

In-depth reporting on the innovation economy from The Logic, brought to you in partnership with the Financial Post.

Sign up to receive the daily top stories from the Financial Post, a division of Postmedia Network Inc.

Thanks for signing up!

A welcome email is on its way. If you don’t see it please check your junk folder.

The next issue of Top Stories Newsletter will soon be in your inbox.

We encountered an issue signing you up. Please try again