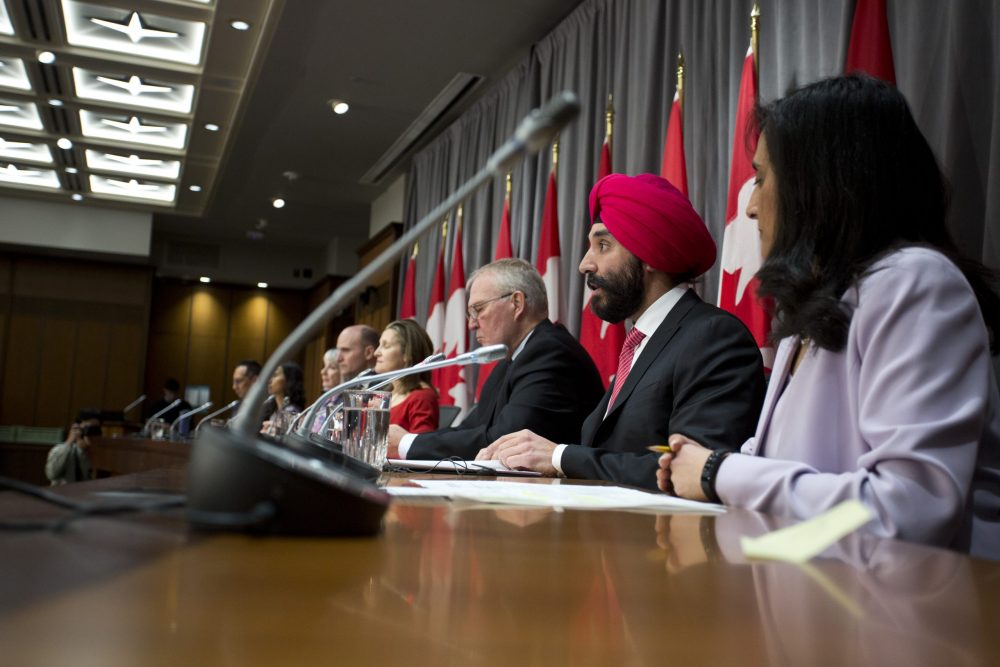 Canada’s tech sector has shown remarkable growth over the last five years, but if Silicon North is to remain the fastest growing tech hub in North America post COVID-19, the federal government needs to double-down on their opening bet.

The pandemic has had a devastating impact on much of the Canadian economy. Jobs-rich sectors such as service, hospitality and tourism have been hard hit and will need sustained government support to get back on their feet.

By and large, Ottawa has stepped up. Aside from some criticism around complexity and eligibility, the federal government’s emergency economic measures, namely a 75 per cent wage subsidy and new credit programs, have been well-received by Main Street and Bay Street alike.

And yet, one sector hit particularly hard by the pandemic, yet only starting to be heard, is Canada’s burgeoning tech sector. Concentrated outside of Ottawa’s direct line of sight, concerns raised by homegrown tech start-ups and scaling firms have, so far, gone largely unaddressed.

This said, there have been glimmers of hope. Last Friday the Prime Minister announced new funding for the Industrial Research Assistance Program (IRAP), the Regional Development Agencies and the Community Futures Network. And there are reports that funds tied to the Scientific Research and Experimental Development (SR&ED) tax incentive program are starting to flow. Many in the tech sector have applauded these measures, and rightly so, but as is the case with most government programs, the devil will be in the details.

Mark Cuban, the outspoken billionaire tech investor and owner of the NBA’s Dallas Mavericks, has asserted that the economic rebound on the other side of COVID-19 will create new opportunities for entrepreneurs to launch what he calls the ‘next wave of world-changing businesses’.

Indeed, from past economic downturns have emerged some of the best-known and most successful companies in the world today. Amazon and eBay not only survived the bursting of the early 2000s dot-com bubble, but quickly pivoted to capitalize on the ensuing opportunities.

If we want to ensure Canada’s rising start-ups and scale-ups to follow a similar path, the government must create the necessary breathing room to get past the unprecedented and immediate economic crisis.

For it would be a shame if the significant resources this government has injected into helping the sector grow over the past five years were abandoned. Particularly given these companies will be at the heart of the economic recovery.

There’s one idea that could not only help accelerate innovation, job creation and economic growth, but simultaneously remove traditional regulatory roadblocks that impede start-ups and scaling firms from growing quickly.

Start-ups, busy thinking about innovation and survival, tend to focus less on bureaucracy. This puts them at a disadvantage to established players who know how to navigate the halls of power and have the resources to do so.

How would ‘Innovation Lanes’ work in Canada? A carefully selected group of homegrown tech startups and scaling firms would get a separate, expedited review ‘lane’ outside of traditional regulatory rules. An advisory board made up of technology, business and policy leaders would be empowered to act as a one-stop-shop to ensure these companies comply with regulations while minimizing their interface with government.

After a set period of the time, say six months to a year, the result would either be a change to the rules or not. Simple as that. The upside – scaling tech companies, good-paying jobs, and faster economic growth – far outweighs the downside – unsettled incumbents, uneasy mandarins, and minimal regulatory uncertainty.

Imagine a promising Canadian medical technology company willing to apply their AI tool to the COVID-19 fight. Instead of taking years to receive necessary approvals, with an ‘Innovation Lane’ permit the firm would be free of traditional bureaucratic hurdles and able to test and potentially commercialize their product more quickly. It would also mean they’d be less likely to accept lucrative takeover offers from foreign buyers, including from our neighbour to the South. This is clearly on the Government’s mind, evidenced by a sudden move to enhance scrutiny of foreign takeover bids.

And rightly so since, as the government notes, the current circumstances are unique. But if they’re willing to go on the offensive and willing to take a calculated risk, establishing ‘Innovation Lanes’ could be one way to re-set the high growth path for Canada’s start-ups and scaling firms.

READ MORE: A stark contrast: Canada and the U.S. face the challenge of COVID-19