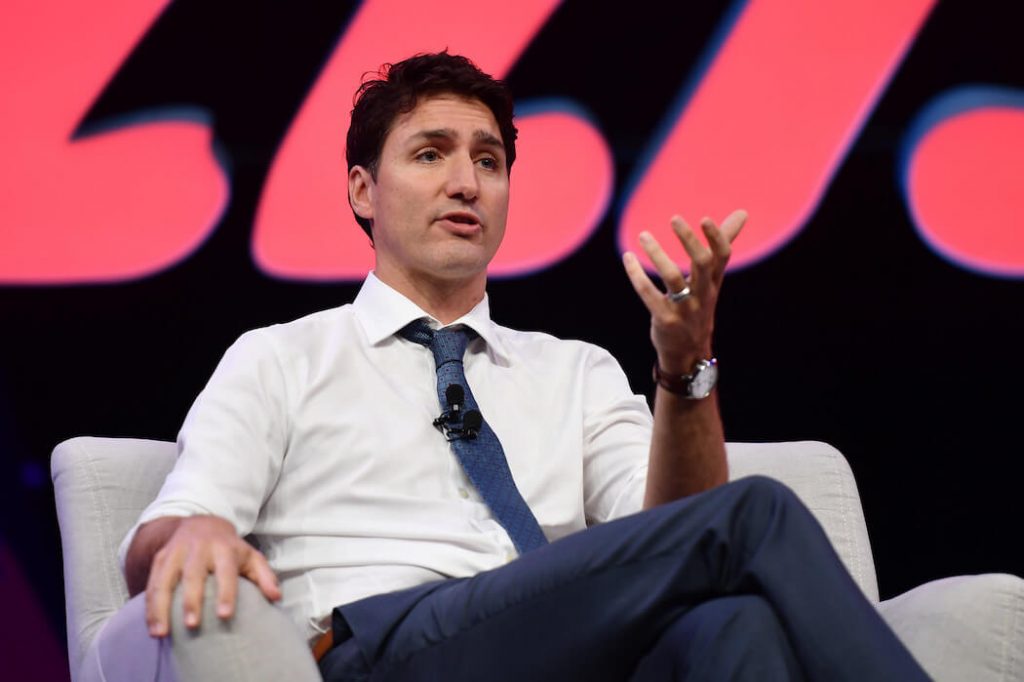 “Our hope is that employers being pushed to layoff people because of COVID-19 will think again.”

Trudeau stated that the goal is to help companies keep employees on the payroll and expressed hope that companies that have already made decisions to layoff people, will reconsider. “Our hope is that employers being pushed to layoff people because of COVID-19 will think again,” he said.

The 75 percent wage subsidy will be available for “qualifying businesses” for up to three months and will be retroactive until March 15.

On Monday, Trudeau shared more promised detail on the initiative, noting Canadian businesses that have experienced a 30 percent decline in revenue due to COVID-19 will be eligible for the 75 percent wage subsidy.

The program applies to all Canadian businesses, both large and small, as well as nonprofits and charities. There is no restriction on the numbers of employees. The 75 percent wage subsidy will be available on the first $58,700 of an employee’s salary, with Trudeau stating this means up to $874 per week through the government for individual Canadians.

Finance Minister Bill Morneau and Minister of Small Businesses Mary Ng are set to provide more details to businesses on details and costing on Tuesday. Trudeau declined to comment on how much this subsidy program will cost the federal government at this point.

The decision to increase the wage subsidy program from the 10 percent that was announced last week, comes as many businesses organizations and companies have asked the government to take such a step. Many businesses have already made the decision to layoff employees, either permanently or temporarily, quoting the need for higher subsidies. The Canadian governments’ higher wage subsidy program is now more in line with measures taken in countries like the United Kingdom and Denmark.

Matt Roberts, partner at ScaleUp Ventures, who has been vocal about the lack of substantial support for Canadian startups, told BetaKit, “It’s great [the government] saw what our European counterparts are doing and followed the lead.”

While Canadian startup CEOs are welcoming today’s decision, some who have already chosen to make layoffs told BetaKit that they will wait until more details on the program are revealed before making any decisions on rehiring employees. “We need to do our due diligence and wait for the mechanics of this program to be clarified,” one CEO said.

The measure is one of four announced by Trudeau at his daily press briefing on Tuesday. He noted that the government’s top priority is ensuring that people remain employed and companies will be able to weather this economic storm.

The prime minister also announced $40,000 loans from banks that will be interest-free for the first year. Loans will be available for businesses with payrolls of less than $1 million. The loans will be guaranteed by the government and around $10,000 of those loans may also be forgivable for qualifying businesses.

An additional $12.5 billion is being provided to Export Development Canada (EDC) and the Businesses Development Bank of Canada (BDC) to help SMEs with cashflow. Trudeau noted that businesses will be able to apply through their financial institutions for government-guaranteed loans.

Roberts, formally an associate director of BDC’s IT Venture Fund, acknowledged that BDC is likely the best institution to quickly implement and deploy the loan program.

“Before there was no mechanism or balance sheet availability for BDC to do something,” Roberts said of Friday’s announcement. “[BDC] didn’t have a program that was approved and backstopped by the government that would allow them to deploy capital at a very quick rate. This is obviously the government saying to the BDC, ‘we’re going to get this done with you – this is a new policy, get it done.’”

EDC is set to provide guarantees to financial institutions so that they can issue new operating credit and cash flow term loans of up to $6.25 million. The loans will also be 80 percent guaranteed by EDC and are expected to be repaid within one year.

BDC noted that eligible companies could obtain up to $12.5 million through these two lending streams. BDC clarified on Friday that to be eligible for its co-lending program businesses must have been impacted directly or indirectly by “recent events” and have been financially viable prior to the impact from COVID-19. How BDC or financial institutions will be making that assessment has yet to be disclosed.

The federal government is also set to defer Goods and Services Tax/Harmonized Sales Tax (GST/HST) payments, as well as duties and taxes owed on imports, until June. Trudeau called this is the equivalent of providing up to $30 billion in interest-free loans to Canadian businesses. The deferral will apply to remittances that become due in March, April, and May, and is effective immediately. The Canada Revenue Agency is reportedly working to remove administrative burdens to make it easier for businesses to access these measures.

Trudeau acknowledged that the measures are unprecedented, but noted, “they are necessary because we have to get through these coming months of restricted economic activity.”

“Focus on the things you need to do today and know that your job will be there, that your relationship with your employer will continue,” said Trudeau, emphasizing the need to follow the advice and direction of healthcare professionals.

In a Tweet, John Ruffolo, founder of OMERS and co-founder and chair of the Council of Canadian Innovators (CCI), expressed hope that the new subsidy and loans will be “the right medicine to save many small and medium-sized businesses.” Ruffolo and the CCI have been in contact with federal government ministries, offering recommendations on how best to support startups in Canada’s innovation sector, including a massive injection of liquidity into the economy.

“The Government is finally hearing the concerns from the business frontlines by bringing forward wage subsides, and we urge them to continue to find ways to appropriately support Canada’s entrepreneurs during this difficult time,” said Benjamin Bergen, executive director of CCI. “The government’s decision to inject short-term liquidity to our SMEs through government-backed loans is critical for Canada’s long-term economic recovery, because expanded wage subsidies alone, while necessary and welcome, aren’t enough to keep Canadian companies afloat.”

“I think a number of startups are going to look back and see whether or not they can rehire those people,” added Roberts. “A number of companies are going to forgo the layoffs they might have to do near-term. Not everyone is going to be rehired, but I think it’s going to be a good portion of people coming back.”

Bergen stated that the measures announced Friday will be helpful for SMEs that were on track “to hit a wall” and go bankrupt in April. He added that CCI now hopes to see Canada’s financial institutions and lending FinTechs deliver these programs quickly.