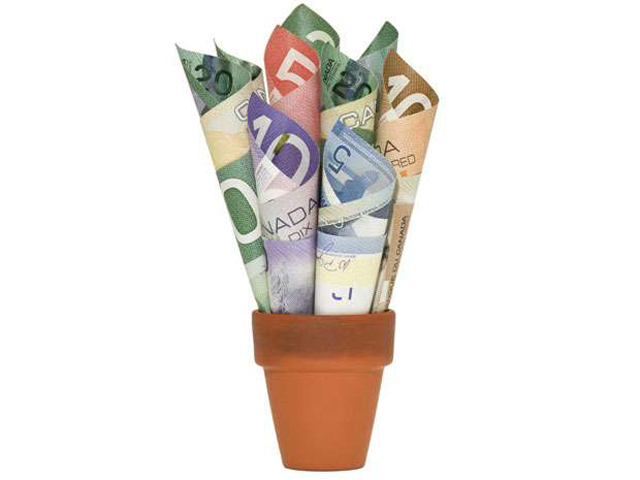 If you’re a Canadian tech company, listen up: there are billions of government dollars available to you, and chances are, you’re not yet taking advantage of the opportunity for funding.

I’ve previously discussed the importance of the federal government’s Scientific Research and Experimental Development (SR&ED) tax incentive program to the growth and evolution of the Canadian tech industry. In my view, funding and incentives such as SR&ED are critical tools for Canadian tech—something that can set our startups on a path to sustained success against their global competition. When startups take such incentives seriously, it can be the difference between having the resources for continued innovation, or constantly struggling to justify experimentation in the face of risk and failure.

The 2018 federal budget went a long way in recognizing the importance of such incentives. Over the next several years, the feds will be modernizing their various innovation and research programs, in large part answering the call of industry insiders and entrepreneurs for an easier, more streamlined process.

To be clear, the effort is aimed not at taking money out of the system—in fact, the amount of funding will increase by over $2.5 billion by 2023. Rather, the goal is to consolidate existing programs, and reduce industry-specific funds in favour of larger programs that support big-picture trends and innovations across the tech industries.

This consolidation process has already begun. In July of last year, the government created the Strategic Innovation Fund (SIF), consolidating previous programs including the Strategic Aerospace and Defence Initiative, Technology Demonstration Program, Automotive Innovation Fund, and Automotive Supplier Innovation Program. As further evidence of this initiative, Bill Morneau, Federal Minister of Finance, announced proposed measures to increase investment in the SIF with an additional $800 million over the next 5 years. The feds also propose to allow for the immediate write-off of capital investments used in the manufacturing of goods and clean energy, and an accelerated deduction for software and computers as part of the November federal economic update. While these announcements seem to favour larger companies, those who employ large workforces, have big capital spends, and undertake projects with budgets greater than $10 million, the trickle-down benefits for smaller companies can’t be ignored.

The secret is to know which incentives align with your company’s tactical, strategic, and long-term business plans and planned investments.

Taken as a whole, this presents more than a $20 billion opportunity for Canadian companies. However, it also poses a problem: how exactly do you take advantage of all these incentives? And, where do you start?

The secret is to know which incentives align with your company’s tactical, strategic, and long-term business plans and planned investments. This involves being able to identify the key characteristics behind the planned initiatives and then match them with the drivers behind the available incentives. This means understanding the criteria of the programs, the mandate of the stakeholders (which are not always obvious just by looking at the application forms or public websites); as well as the economic and/or political motivations of the fund.

Determining eligibility is key to taking full advantage of the funds available to you—and can be the essential push to getting your business off the ground. At PwC, we typically follow a three-part process:

First, we work with a company’s technical and financial teams to identify relevant funding opportunities related to planned business projects. We typically prepare a summary of potential funding and incentives for review by project and company stakeholders, and come to agreement on which incentives to pursue—ideally those which meet the company’s needs and align with its long-term goals.

Note that there is simply no easy way to navigate the direct funding world, particularly when looking across multiple levels of government: it requires extensive analysis, and frankly, direct experience. The companies that are successful with the direct funding programs tend to be those that have an established pattern of using the programs.

Next, we gather and organize supporting information (qualitative and quantitative) with an eye to preparing the relevant application forms, and then prepare the information needed to present a compelling submission. This involves preparing the written application(s), factoring in our insight into the “unwritten” criteria and current considerations associated with various programs (e.g. the fund’s budget cycle, the potential impact of stacking (utilizing more than one program), the quantity and value of awards already made, current submission deadlines, trends derived from previous awards, etc.). Our detailed analysis of prior awards under the target programs provides valuable insight, and is used to ensure alignment with the program’s goals.

I sometimes refer to our service as an “online dating” approach to funding: we perform the critical matchmaking between a company’s planned initiatives and the characteristics and criteria of the active funding programs. Much like online matchmaking, the relevancy of the matches change over time: critical deadlines can be missed and program budgets can be spent if applications are not prepared and submitted in a timely manner.

Our main goal at this step is to assist in identifying reporting requirements for the awarded funding, and determine how best to comply with those requirements, while leveraging automation (make life easier for the project team!). Our goal is to lower the cost of compliance, allowing companies to realize maximum value from the awarded funding.

We understand that government funding is essential to innovation, and want to make it easier for companies to take advantage of the available programs. Whether you are focused on innovation, seeking to increase your export market, hiring, training, pursuing equality in the workplace, or performing academic research, there is likely a source of government funding for you. You might be undertaking an initiative that matches up with multiple sources!

Another important consideration is timing…. Now’s the time to pursue these incentives as we are heading into a federal election year. The federal ministries and agencies are looking to spend their budgets, in return for photo-ops and “feel-good” stories of how the funds stimulated economic growth, dealt with environmental issues, created new jobs, rewarded companies for inclusiveness and diversity, sought healthier communities, expanded a global market, or perhaps established Canada as a centre of excellence for a new technology, a new service, or a product with a global market. Positive messaging resulting from investments in Canadian companies, including tech companies, can lead to votes!

Of course, it’s not always easy to apply for and secure federal funding or incentives. But knowing what’s out there—and what you’re eligible for—is the best place to start. Take it from a current advisor to tech startups seeking funding, as well as a former recipient of federal incentives—the effort is well worth it. Working with an advisor can help you to better match your company’s objectives to specific funding opportunities, and reduce the burden significantly. That’s an investment that can pay dividends for you, for your company, and for the nation as a whole, for decades to come.